AMPED™ FEATURED ALBUM OF THE WEEK: BILLY BRANCH & THE SONS OF BLUES: ROOTS AND BRANCHES

The harmonica has long been a neglected instrument in Rock music.  In a musical environment ruled by guitars, drums, keyboards, and vocals (including harmonies), the harmonica – AKA mouth organ – is often used as a novelty… and even then, very rarely. There are those artists who have managed to fit the harmonica into their hits – Billy Joel, Neil Young, Bob Dylan, John Lennon, etc. – but by and large, there aren’t many Rock musicians who proclaim themselves as first and foremost a harmonica player. However, if you’re talking about the Blues, that is a completely different story. Blues musicians known chiefly as harmonica players include James Cotton, Sonny Boy Williamson, Charlie Musselwhite, Junior Wells, Kim Wilson (Fabulous Thunderbirds), Paul Butterfield, Mark Feltham (Nine Below Zero), and many others.


One of the most legendary harmonicats of all time is Walter Jacobs, better known as Little Walter. Born Marion Walter Jacobs on May 1, 1930, Little Walter changed the way people heard – and played – the harmonica. Most definitely a Blues artist, Walter’s influence spreads far beyond that genre. From Rock to Jazz, Little Walter made us hear the harmonica in a new and exciting way. Through Walter, it became an instrument filled with powerful emotion. His death in 1968 at the age of 37 may have taken his body but it didn’t take his soul and his music continues to live on. 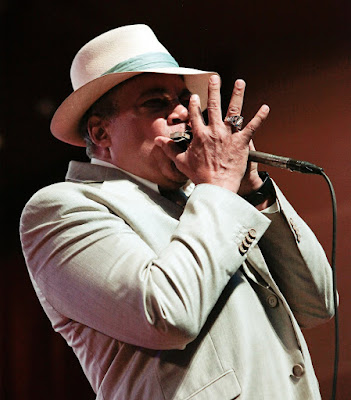 One modern Blues artist inspired and influenced by Little Walter’s art is three-time Grammy nominee Billy Branch, the longtime leader of The Sons Of Blues. This Chicago-based Blues icon has turned that inspiration into a tribute on his album ROOTS AND BRANCHES: THE SONGS OF LITTLE WALTER. Loaded with sweat, passion, and raw energy, Branch manages to bring new life to Walter’s music. The album features 14 songs either written or associated with Little Walter’s career PLUS a personal memory shared by Walter’s daughter, Marion Diaz, at the end of this blistering set.  Billy is on top form on this stellar set, blasting through some great tracks and making them his own. Songs on ROOTS AND BRANCHES include “Nobody But You,” “My Babe,” “Hate To See You Go,” “Blues With A Feeling,” “Blue And Lonesome,” and many more. This is most certainly a must-have for fans of Billy Branch, Little Walter, and Blues music in general. 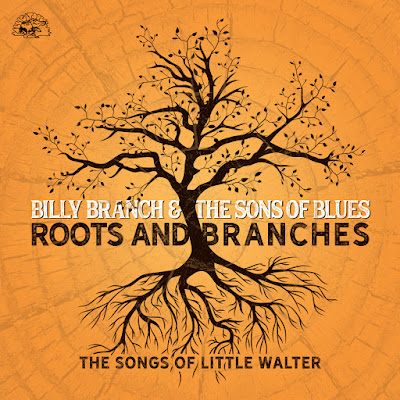 BILLY BRANCH & THE SONS OF BLUES
ROOTS AND BRANCHES:
THE SONGS OF LITTLE WALTER
(Alligator Records)