Artists and their art evolve. The youngster that strummed their first chord into a four-track recorder decades ago has matured in so many ways since then – physically, emotionally, and artistically. However, without realizing it, their audience refuses to let the artist grow – they want them to stay the same as when they first connected with them. While we all know better now, there was a time when teens all over the world were dismayed when The Beatles grew facial hair and served up “Strawberry Fields Forever” to the masses in 1967. The kids wanted the same band that Ed Sullivan introduced them to three years earlier. Thankfully, audiences quickly adapted to the Fabs’ growth as a band. The same can’t be said for so many other artists over the years. Audiences can be so fickle sometimes…


Canadian singer, songwriter, and guitarist Bruce Cockburn is one of the few artists that continues to be respected and adored no matter which direction he takes his music. Over the course of 50 years – his debut full-length was released in 1970 – Cockburn has released a back catalog of critically-acclaimed albums that continue to connect with his fans, old and new. While the music industry has swirled around him, morphing into something new every few years, Cockburn has forged his own niche. There are times when he changes things up, stylistically, but every album he has released remains pure, unadulterated Bruce Cockburn. Every song has that classic Cockburn foundation. Thankfully, even after all the awards, all the accolades, and all the records sold, he still makes albums that are firmly rooted in the real world. Even when stepping out on a musical limb, Cockburn has remained grounded and intimately connected to his audience. 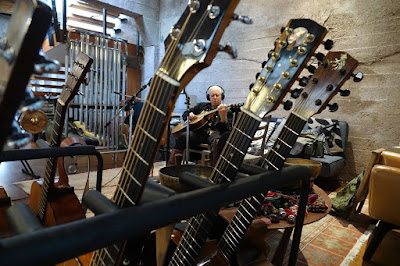 Best known as a singer and songwriter, Cockburn’s skill as a guitar player has often been overlooked. In 2005, he released an instrumental album called SPEECHLESS. The album found Cockburn taking chances that ultimately paid off. His fanbase loved the album, as did the critics. SPEECHLESS led to a Canadian Folk Music Award for Best Instrumentalist. Now, in 2019, Bruce returns with CROWING IGNITES a new instrumental album that contains all new compositions and finds Cockburn embracing his roots but allowing his music to take flight. The album travels down different stylistic roads – from the bluesy “Blind Willie” to the jazz-inspired “The Mt. Lefroy Waltz” to the jaunty Folk of “Sweetness And Light”. The dark and brooding “Bells Of Gethsemane” sounds both scary and comforting at the same time. “Bardo Rush” recalls some of The Durutti Column’s acoustic-based moments. All in all, CROWING IGNITES is an album that says a lot while saying nothing at all.  The artist and his art have evolved. Again. 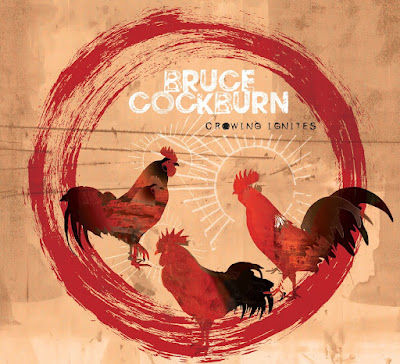