AMPED™ FEATURED ALBUM OF THE WEEK: SMOOTH HOUND SMITH/DOG IN A MANGER


Smooth Hound Smith has come a long way since they formed in Southern California. Yes, you read that right –  Smooth Hound Smith is a they, not a he or a she. Comprised of multi-instrumentalist Zack Smith and his wife, vocalist/percussionist Caitlin Doyle-Smith, the duo formed in Southern California back in 2012. Caitlin was performing with her band Dustbowl Revival and Zack sat in on one of their sets. Without even realizing it, the seeds of their future were planted at that very moment. Caitlin would eventually add percussion and vocals to Zack’s ‘one man band’ performances.  Marriage would soon follow. Eventually, Zack’s ‘one man band’ concept was cast aside, replaced with the introduction of Smooth Hound Smith as a duo. Along the way, Zack and Caitlin left the comforts of Southern California, eventually settling in East Nashville, Tennessee.


SHS released their self-titled debut in 2013, followed three years later by their software effort SWEET TENNESSE HONEY. Warmly embraced by Folk, Blues, Rock, and Country Music audiences, the duo have played hundreds of live shows, supporting an impressive variety of artists including Dixie Chicks, The Secret Sisters, The Record Company, Linda Ortega, and many others. In addition to their exposure on the road, Smooth Hound Smith’s music has been featured on television shows including MTV’s The Real World, Nashville, the Esquire Network, and others. Smooth Hound Smith’s hard work and dedication to their music has paid off and the band’s profile is the highest it has ever been as they prepare to release their third long player. 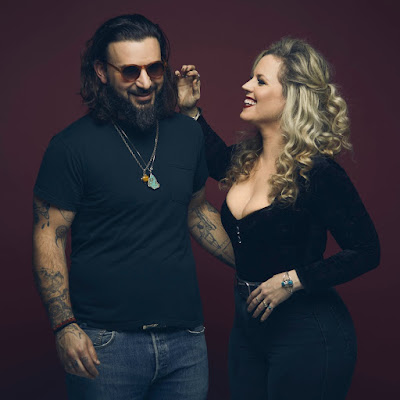 DOG IN A MANGER, their 2019 album, is a delicious mix of Roots Rock, R&B, Pop, Folk, Country, and Blues. Like a dusty road that splits a ghost town in half, the album is a journey through an emotional landscape filled with ups, downs, detours, and demons. However, it is far from a dour downer. From gently picked acoustic guitars to crunchy yet soulful stabs on electric, this is an album that reflects the rough terrain of life, a journey that Smooth Hound Smith are obviously very familiar with. This album might be labeled as Americana or Country but it is more than that. Much more. I mean, what other album in existence makes a “Truck Stop Shower” sound like a desired destination? DOG IN A MANGER is an album that sounds cool in the heat yet warms you in the chill of the night. So, give it a whirl and enjoy all year ‘round! 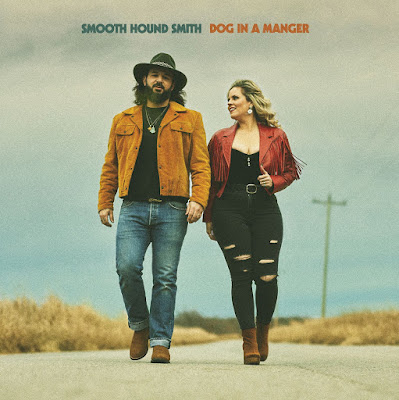 
DOG IN A MANGER