David Ellefson is a Heavy Metal icon. Alongside band leader Dave Mustaine, Ellefson was a founding member of legendary Metal band Megadeth. From 1983 until their temporary dissolution in 2002, Ellefson was the anchor in the band, standing by Mustaine’s side through several line-up changes. When Mustaine reformed the band in 2004, Ellefson was not part of the then-new line-up. For the next six years, Megadeth soldiered on without him. Once some issues had been resolved between Mustaine and Ellefson, David rejoined Megadeth in 2010 and remains a member of the band to this day.


Megadeth has not been Ellefson’s only musical outlet. He’s played on numerous releases by artists like Soulfly, Tim ‘Ripper Owens, Gus G, and others. He’s also been involved with a few side-projects including Temple of Brutality, F5, Killing Machine and Metal Allegiance. Remembering his roots and the early struggles of being a musician, Ellefson also formed his own extremely successful company, EMP (Ellefson Music Productions) Label Group, where he releases albums by like-minded Hard Rock and Metal artists. With so many credits to his name, Ellefson has never released a solo album under his own name. Well, not until now…. 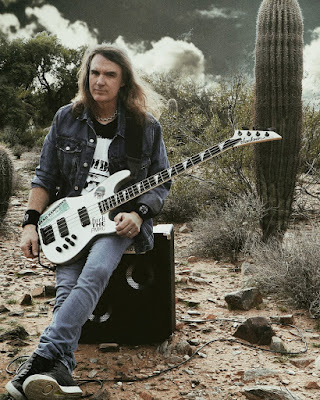 Even though he is a Grammy-winning artist with millions of records sold, SLEEPING GIANTS is David Ellefson’s solo debut album. Released to coincide with his second memoir, MORE LIFE WITH DETH, SLEEPING GIANTS is not only an album for Megadeth fans, it is a release that will also appeal to fans of Metal and Hard Rock. This heavy, riff-filled Rock fest features appearances from Darryl “DMC” McDaniels, Chris Poland, Mark Tremonti, Eric AK (Flotsam and Jetsam), Ken Mary (Alice Cooper, Flotsam and Jetsam), Steve Conley (Flotsam and Jetsam, F5), Ethan Brosh, Ron “Bumblefoot” Thal, Dave McClain (Machine Head, Sacred Reich), plus a remix by Game Of Thones star Kristian Nairn (Hodor), and unreleased songwriting demos featuring vocals by John Bush (Armored Saint/ex-Anthrax), and David Glen Eisley. SLEEPING GIANTS is an album that showcases the dedication, talent, and energy that Ellefson brings to every project that he is involved with. What makes this different is that he finally gets all the credit he deserves because his name is on the album cover!

SLEEPING GIANTS comes with a bonus CD that includes tracks by some of the artists on his EMP label, making this both a declaration of Ellefson’s talents AND an introduction to a musical world that Metal/Rock fans need to explore! Includes tracks from Green Death, Semblant, Dead By Wednesday, Mark Slaughter, Ron Keel Band, Dangerous Toys, Hatchet, Archer Nation, Helstar, CO-OP, and others. 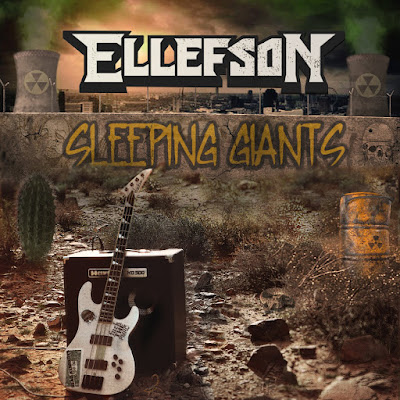