Remember when The All-New Mickey Mouse Club (1989-1994) gave us a new generation of young stars like Britney Spears, Christina Aguilera, Justin Timberlake, Ryan Gosling and others? Well, if you weren’t paying attention, the syndicated TV series Kids Incorporated (1983-1992) was introducing to the world to new talent as well. Some of the soon-to-be-stars that made their first national appearances on the show include Stacy Ferguson (AKA Fergie), Martika, Jennifer Love Hewitt, Mario Lopez, Eric Balfour and the subject of this blog entry, Rahsaan Patterson.


Rahsaan portrayed ‘The Kid’ on the show from 1984 until 1987. He made the transition into the music business by providing backing vocals for a variety of artists including his former Kids, Inc. cast-mate Martika. As a songwriter, Rahsaan co-wrote hits for Brandy (“Baby”) and Tevin Campbell (“Back To The World”). From there, he released a series of solo albums beginning with 1997’s self-titled debut. Now, eight years after his last studio album BLEUPHONIA, Rahsaan returns with his sixth solo album HEROES & GODS.

While HEROES & GODS is another chapter in his musical journey, you don’t need to hear what came before in order to find yourself fully immersed in this album. Thoroughly modern yet comfortably retro, HEROES & GODS is an album that filters many aspects of Soul into an emotional yet danceable potpourri of Smooth Grooves and sensuous beats. Standouts include “Rock And Roll,” “Silly, Love Fool,” “Sweet Memories,” and “Catch Me When I Fall.” Obvious musical influences include Soul icons like Michael Jackson, Prince, and Marvin Gaye but there’s a lot more going on here that needs to be investigated. HEROES & GODS is an album to blast when you’re cruising down Pacific Coast Highway or drawing the blinds in your love nest. It is an album that evokes passion without things getting too sweaty… too soon. 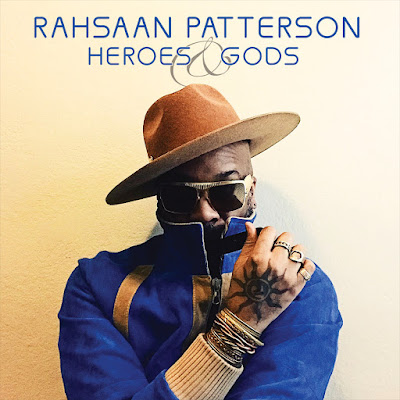