Much has been written about Yoko Ono over the years and, sadly, not all of it positive. However, if you look back over the 50 years that she has been in the public consciousness, she has always been a force for good. A superhero of sorts. From being a positive light that guided John Lennon out of his darkness to being an outspoken advocate against gun violence, Yoko has lent her name, her money and her time to many great causes over the years. Yet, the press has dragged her name through the mud so many times that their personal agendas have been adopted by the public as facts. While I’m sure it has been hurtful and confusing to Yoko, she has stood tall and continues to be a strong force in activism and art.

From the moment she met John Lennon, her art was doomed, destined to be held up to the same standards as The Beatles… which was very unfair to Yoko. When you come from an artistic background and have a tendency to dabble in the avant-garde, your art will be very different to that of four lovable moptops with jangly guitars. Yoko was on a different artistic plain than John and she approached music and art from a completely different angle. One only needed to submerge themselves in the underground art scene to discover that there were many that passionately embraced Yoko’s approach while showing disdain to the commercial sounds of The Beatles. The other side of the coin, so to speak. Besides, if anyone was going to be held up to The Beatles’ standards, it should have been The Beatles themselves – not their wives, sons, daughters, or car mechanics. Yoko’s music was unfairly being judged against John’s music and that is when the critics’ claws came out. At the end of the day, that doesn’t matter anymore because most of those critics have faded into the ether and Yoko is still out there making music. And her latest release, WARZONE, is an album that proves that she has been right all along… 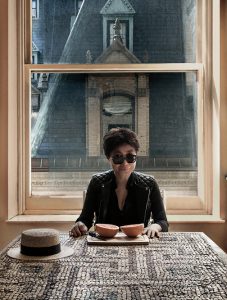 If you’re still thinking that Yoko is going to one day make that bombastic, glossy commercial album that sends her to the top of the charts, WARZONE is not that album. Instead, WARZONE takes you back in time while also looking forward. The album consists of new interpretations of tracks from her back catalog, stripping away the production and presenting the songs in their most basic forms. Sometimes even minimalist, the songs focus on Yoko’s sung-spoken lyrics, revealing that the issues and atrocities she sang about decades ago are just as relevant as they’ve always been. She even tackles John’s most popular solo single, “Imagine”. While Yoko sometimes sounds frail and emotional, there is so much strength in her performances. Perhaps now, after all these years, people will finally listen to Yoko’s message… and the world will live as one. 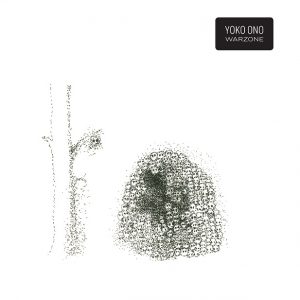