STEPHEN SPAZ SCHNEE: THE MAGIC TREE is about to be released. How are you feeling about the way it turned out and the reaction you’ve had to it so far?
STEVE FORBERT: I feel pretty good about it. We got the cat ears and legs and tail and whiskers – I think we got the cat in the bag. It’s hard to do.

SPAZ: The album is being released at the same time as your memoir, BIG CITY CAT: MY LIFE IN FOLK-ROCK. Are the songs on the album lyrically related to the events covered in the book or did you choose these songs based more on feeling over lyrical content?
STEVE: A few years ago, Blue Rose Music’s Joe Poletto and I were talking about putting the songs together to make some sort of a play or a musical. He had hired a screenwriter for that who was going to try to map out some sort of story. I gave her a bunch of raw material but that idea didn’t really pan out. So, in trying to get the raw material together for this writer, I had started the story and thought, “Well, why not just try to write an autobiography?” I’d also given Joe a lot of my songs – even songs that were unreleased. I had made so many records that I just kind of turned this one over to Joe and let him pick the songs that he might want if we were going to make a record. So, he picked these songs that were unreleased and I gave him a few more that were more recent. We kind of had, as Muddy Waters would say, “two trains running.” Some of these songs went all the way back to 1985 – the last song on the record is from that long ago. And then there are others from different times, recorded over the last 30 years. It was sort of an excuse to have a record that’s a little bit like SONGS IN THE ATTIC (Billy Joel) or TAKING LIBERTIES (Elvis Costello) or one of those sorts of things. But he hired Karl Derfler to flesh out some of these tracks – some of them were just vocals and guitar. Karl is a terrific talent. He produced these songs and brought in some of his favorite musicians. I came out for the first session in Stinson Beach, California and I liked the guys a lot. Then I just let him continue and he just kept me up to date with what he was adding. I’m really happy with it. By default, it’s a companion piece to the book because it spans so much time all the way up to now.

SPAZ: Your songs and your delivery have always been warm and honest throughout the career. Do you normally write from experience or are your songs more observational?
STEVE: Well, to me there’s no difference. I mean, you can write a song like “The Oil Song” from reading the newspaper, but you’ve got to have something to bring to it or else you wouldn’t be a songwriter, you know?

SPAZ: You always seem to be moving forward -figuratively and literally – as an artist while still remaining true to your roots. In a way, isn’t THE MAGIC TREE’s “Moving Through America” a celebration of that?
STEVE: Well, it is and it’s exactly what you think it is. I was out there in the winter on the road for a few shows. I was opening for Leo Kottke. I was impressed by just getting out there and getting around and observing things. I don’t know why I would do it. The world doesn’t really need another song about a guy riding down the highway, but it just sort of happened. It just became a song about the heartland. You just go with these things. 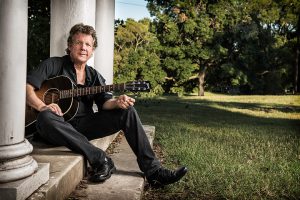 SPAZ: Songs like “Diamond Sky,” “I Ain’t Got Time,” “Carolina Blue Sky Blues,” “Tryna Let It Go” and the title track are exceptional additions to your back catalog. At what point during the writing stage do you feel that a song has potential to go to the demo stage and beyond? Do you test them on the road?
STEVE: Yeah, I like to test them on the road – I’ve done that for decades. If I’m happy with the song then I’ll probably record it for the next record. If it doesn’t go on there, it just didn’t beat out some other things in the pack. Maybe the tempo was similar to another song or something like that.

SPAZ: You do seem really prolific these days.
STEVE: Life has gotten a whole lot busier for all of us. I’m very affected by the social media/instant access digital revolution. I’m constantly evaluating where we’re at now and what it was like then. I’m just trying to stay organic in all of this. It’ll drive you crazy.

SPAZ: Given the political climate, are you surprised that there aren’t more protest singers or protest songs out there?
STEVE: No. Because things are more complex now. Woody Guthrie wrote those songs because he felt them, you know? But when we had that big protest movement in the sixties, it was also part of a very exciting popular genre – even Barry McGuire could have a Top 10 with “Eve Of Destruction.” Songwriters may feel certain things but it helps when there’s a lot of public interest and radio airplay behind that. Now, if you listen to the radio, it’s just bullshit to be frank. It’s become its own creature. It really doesn’t serve much purpose other than just being Pop music – some kind of soundtrack to today. So, you see there’s not a lot of ‘speak your mind’ and reaction and encouragement in the air. It’s all on CNN or Fox now. It’s just different.

SPAZ: Now that you’ve been able to look back with your book and THE MAGIC TREE, are you more than ready to move forward again? And what’s next?
STEVE: Well, what’s next could be more of just the same, which is just making every effort I can to just keep at it. You know, this is my thing. I’m almost inclined to quote T-Bone Burnett: “There are those who play for money/There are those who play for fame/There are still those who only play for the love of the game.” (“Kill Switch”). It might be pretentious of me to say that but to me, that’s it. If I had a bigger visibility, it would be good and I would try to roll with it and adjust to it. But if I don’t, I’m very busy, you know. I’m not bored at all just doing this. I’ve got a new band I’ve just put a lot of time into. I’ve had to teach a whole ‘nother rhythm section what I’m doing. I’m just glad to still be doing this at 63. It’s still like something I might’ve very well been doing it 24 years old.

Thanks to Steve Forbert
Special thanks to Michelle Garramone, Mike Donohue and Dave Rayburn 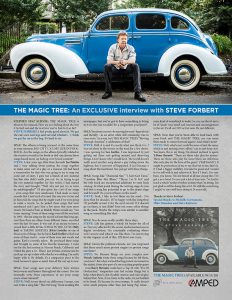 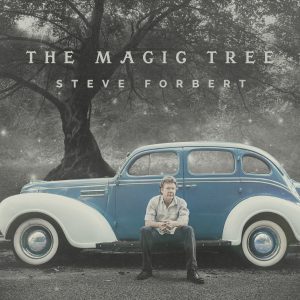 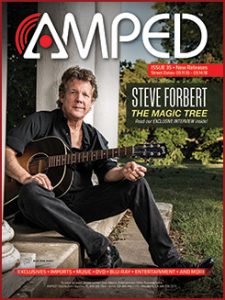