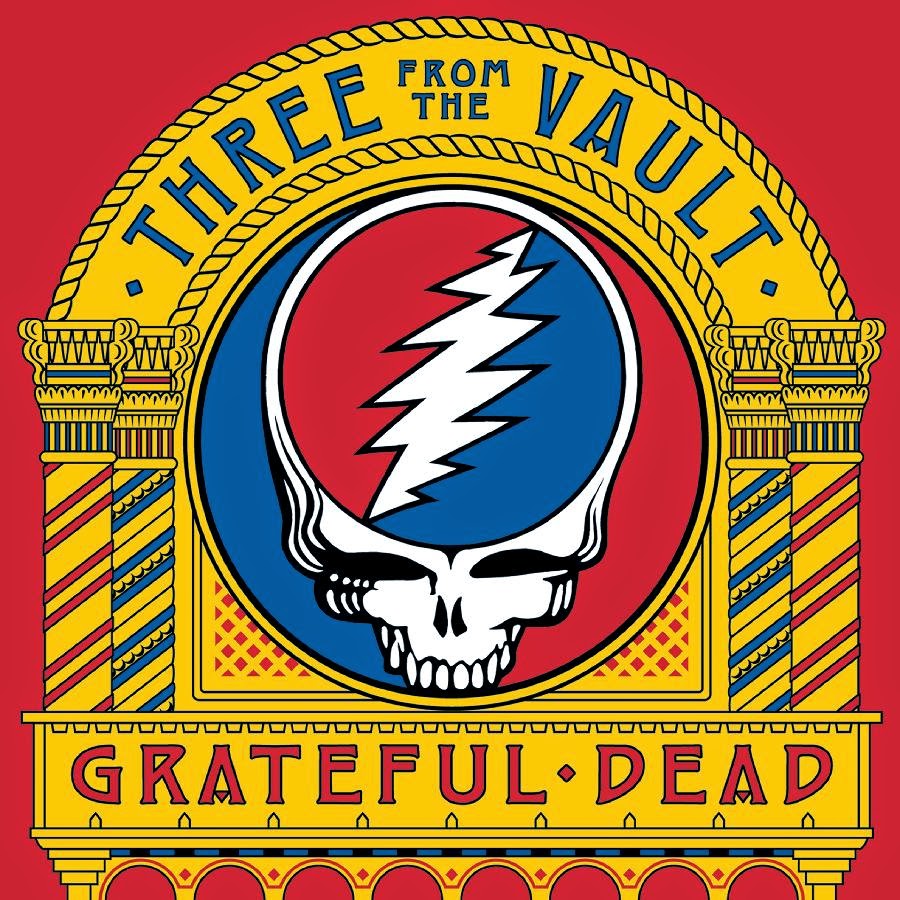 Grateful Dead
Three From The Vault
4xLP
826853060912
*
First time ever on vinyl
*
Newly re-mastered by Joe Gastwirt
*
Lacquers cut by Kevin Gray
*
4xLPs housed in a gatefold Stoughton “tip-on” jacket
Following on the heels of Light In The Attic’s vinyl LP release of One and Two From The
Vault comes the final release in the trilogy of From The Vault releases by the
Grateful Dead. These releases are distinguished from the more abundant Dick’s
Picks series in that Dick’s Picks are “direct from the soundboard” recordings,
while the From The Vault series were professionally recorded on multi-track
tape and then mixed down (decades) later for release.
Recorded live at the Capitol Theatre (Port Chester, NY) in 1971, this is the worldwide
vinyl debut release of this seminal show featuring the 5 piece line-up of
Pigpen, Garcia, Weir, Lesh, and Kruetzmann (Mickey Hart had temporarily left
the band at that point), freshly remastered in 2014 by Joe Gastwirt for your
pleasure.  20 classic songs on 8 sides of wax, this show has previously
only been available on CD; this is the first ever vinyl LP release!
The band played six shows over the course of seven nights at the Capitol Theatre in
February of 1971, and this was the second of that run, recorded on the 19th.
Their previous two studio albums had been their landmark recordings of
Workingman’s Dead and American Beauty, and while songs from those albums were
certainly featured, the Dead debuted seven brand new songs on this night–all of
which went on to become Dead “standards” including “Playing in the Band,”
“Greatest Story Ever Told,” and two absolute classics: “Bird Song” and “Deal.”
Essential Dead.
*
Side A
Two Ditties:
“The Merry-Go-Round Broke Down”, “Spring Song” — 1:19
“Truckin'” — 8:09
“Loser” — 6:23
“Cumberland Blues” — 4:58