OSCAR Update: “Stand Up” – from the HARRIET soundtrack – receives an Academy Award nomination! 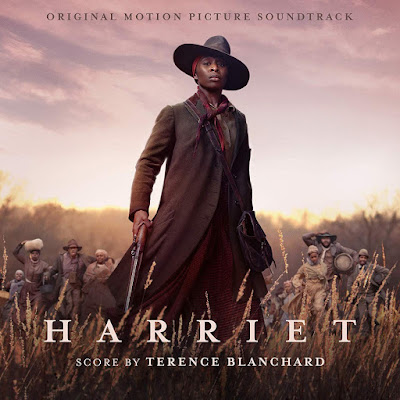 NEWSFLASH:
“Stand Up” – from the highly-acclaimed HARRIET soundtrack – has received an Academy Award nomination for Best Original Song!

While not billed as a ‘super hero’ movie, HARRIET most certainly deserves that designation. Based on the life of slave-turned-abolitionist Harriet Tubman, the movie tells the story of a woman whose courage, ingenuity, and tenacity freed hundreds of slaves and changed the course of history. Directed by Kasi Lemmons, who wrote the screenplay with Gregory Allen Howard, HARRIET stars Cynthia Erivo as Tubman alongside Leslie Odom Jr., Joe Alwyn, and Janelle Monáe. A film about Tubman has been rumored in Hollywood for years and has now finally made its way to the big screen.


The soundtrack to HARRIET was composed by Grammy-winning Jazz trumpeter Terence Blanchard. Beginning his career 40 years ago as a member of the Lionel Hampton Orchestra, Blanchard also spent time as a member of Art Blakey and the Jazz Messengers. Blanchard’s breakout releases include a handful of albums with Donald Harrison before making his mark as a solo artist in the early ‘90s. Alongside his solo releases and guest appearances on various albums, Blanchard has composed more than 40 film scores, receiving an Oscar nomination for his work on Spike Lee’s 2018 film BlackkKlansman. He’s also composed the scores for such films as Jungle Fever, Barbershop, Malcolm X, Next Friday, Love & Basketball, Crooklyn, and many others.

The music on the official soundtrack to HARRIET is haunting, bold, invigorating, and beautiful. From sweeping strings to driving yet distant percussion, this is a soundtrack that tells its own story even without the visuals that accompany it on the screen. While it sounds modern and makes no attempt to replicate the music of the era, it does feature spirituals performed by director Lemmons’ husband Vondie Curtis-Hall. The film’s star Cynthia Erivo, sings two tracks including moving anthem “Stand Up”, which has been featured in the film’s advertising campaign. Overall, the soundtrack is an emotional rollercoaster, much like the film itself.