Mötley Crüe began life as just another Hard Rock band playing the dingy clubs in Los Angeles. Now, 38 years after forming, they are Rock ‘n’ Roll icons. What happened between then and now is legendary. From drugs and debauchery to tragedy, triumph and the firing and rehiring of their vocalist, the four members of Mötley Crüe – Nikki Sixx (bass), Tommy Lee (drums), Mick Mars (guitar), and Vince Neil (vocals) – have survived to tell the tale. Anyone that has read their book THE DIRT knows that the band never held back as they enjoyed the splendors of their fame and fortune. They were proof that you shouldn’t really enjoy success without at least a little excess…


While they’ve received a lot of attention since the release of their 1981 debut album TOO FAST FOR LOVE, the band’s fifth album, DR. FEELGOOD, was their first #1 in the U.S. and remains the best-selling album of their career. Produced by Canadian musician (and former Payolas member) Bob Rock, the album took the band into a more commercial – but no less rockin’ – direction. Recording the album was an emotional experience as the band struggled with their attempt at sobriety. Tensions in the studio were high but Rock brought out the best in the members’ individual strengths. And while the band’s first four albums had been successful, DR. FEELGOOD exceeded everyone’s expectations. Now, three decades later, the Crüe is celebrating the album’s release with a digitally remastered and expanded 30th Anniversary edition… 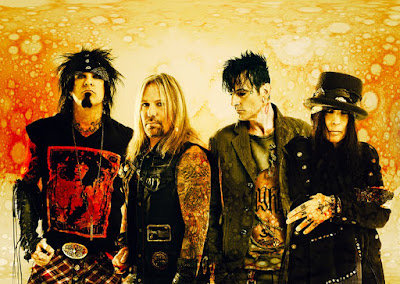 Filled to the brim with massive riffs, thundering drums, wailing vocals, and brain-melting bass, DR. FEELGOOD is Mötley Crüe at their finest. With this project, the band brought a solid batch of material including “Kickstart My Heart”, “Don’t Go Away Mad (Just Go Away)”, “Same Old Situation (S.O.S.)”, “Without You”, “Slice Of Your Pie”, and the title track. “Sticky Sweet” features backing vocals from Steven Tyler (Aerosmith), another survivor of the Rock ‘n’ Roll lifestyle. The original 11-track album is joined by demos of “Dr. Feelgood”, “Kickstart My Heart” and “Without You”. DR. FEELGOOD is a ground-breaking Hard Rock album that turned Mötley Crüe into something bigger than anyone ever expected.  No matter what ails you, this album is just what the doctor ordered. 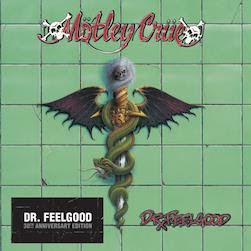