AMPED™ FEATURED ALBUM OF THE WEEK: NICK CAVE AND THE BAD SEEDS/GHOSTEEN

Australian singer/songwriter Nick Cave is a music industry veteran and Rock icon. He’s been releasing albums for 40 years and shows no sign of slowing down, creatively. And after years of success, failure, tragedy, and triumph, Nick Cave remains a survivor. From his early days fronting The Boys Next Door through their transformation into The Birthday Party, Nick Cave became one of the most infamous Post-Punk musicians of the late ‘70s and early ‘80s.  When The Birthday Party split, he formed Nick Cave and The Bad Seeds, gravitating towards a sound that was more atmospheric and less abrasive. For 35 years, Cave has become of the most respected songwriters and performers of his generation. In fact, his songwriting is now compared to greats like Leonard Cohen, Bob Dylan, Van Morrison, and Neil Young. And looking back over his catalog, those comparisons are well-deserved.


Nick Cave, like all great songwriters, has created his own musical universe. While he remains a fascinating lyricist, his albums are layered with haunting atmospheres that are both comforting and, at times, frightening. There may not be much frivolous joy to be found on a Nick Cave album, but his passion and dedication to his craft make each release a wonder to behold. His music is laced with shifting shadows, and he sings from an emotional place that connects with his large – and ever-growing – fanbase.  There’s a reason that Nick Cave is still making music 42 years after his recorded debut – he needs to create and communicate. The fact that so many critics and fans adore his work is proof that in doing things his way, he’s doing things the right way. 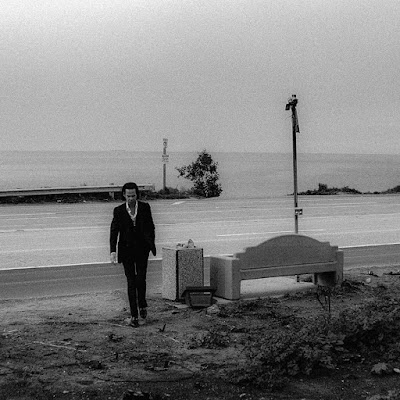 GHOSTEEN is his 17th studio album. A double CD/LP release, it is his first album in three years, following up the critically-praised SKELETON TREE (2016). While some may assume that Nick Cave’s sad, funereal music is dark and lonely, it might be time to dip your toes in again and reconnect. Intentional or not, GHOSTEEN is an album that offers more than just a few sad thoughts on a life filled with ups and downs. In a sense, it offers a little bit of hope. Like a man trapped in a cage that lies beneath an ancient church, Nick Cave sings to the little cracks in the ceiling that let the light in, hoping that the angels are listening but aware that he is surrounded by demons. Never too morose but always painfully honest, GHOSTEEN’s two halves can be felt long after the album is over. 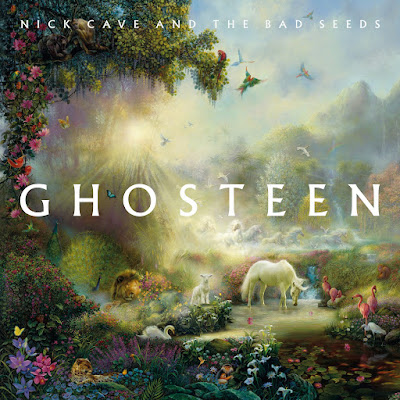