AMPED™ FEATURED ALBUM OF THE WEEK: JULIANA HATFIELD/SINGS THE POLICE!

Juliana Hatfield has remained an unpredictable artist during her 30+ year career. Since the formation of Blake Babies in the late ‘80s, straight through her most recent solo work, she has surprised critics and fans with her many musical projects. Since Blake Babies’ original demise in 1991, she’s formed her own band Juliana Hatfield Three as well as getting involved in many other projects including Minor Alps (with Matthew Caws of Nada Surf), The I Don’t Cares (with Paul Westerberg), The Lemonheads, and more. Along the way, she’s been involved in a few Blake Babies reunions while continually movie forward as an artist.


In 2018, she surprised – and delighted – fans with her critically successful JULIANA HATFILED SINGS OLIVIA NEWTON-JOHN, a tribute to the ‘70s Australian Pop vocalist, one of Juliana’s greatest influences. Offering unique spins on her favorite ONJ songs, Juliana was able to embrace the songs that inspired her while adding a little inspiration of her own. A year later, she’s following up that album with another surprising tribute album: JULIANA HATFIELD SINGS THE POLICE. But why did she choose Sting & Co. for this series? “I just went sort of automatically to The Police because I do have an emotional connection from childhood.” Juliana told Discussion Magazine’s Dave Rayburn. “They were a big, big thing for me during my adolescence. Same as with the Olivia Newton-John record. It’s like I’m being drawn toward artists that were very important to me at a certain time in my life.” 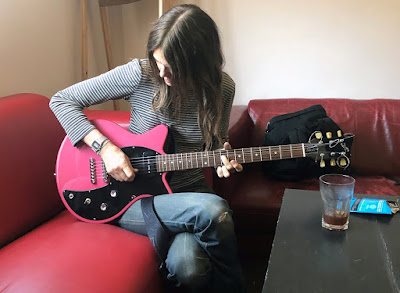 Like the ONJ release, JULIANA HATFIELD SINGS THE POLICE finds the singer/songwriter approaching each song from a very different angle. While most of the arrangements are radically different from the original Police versions, Hatfield is clever enough to keep the melodies intact. While classics like “De Do Do Do, De Da Da Da” and “Canary In A Coalmine” are petty faithful to the original recordings, “Roxanne”, “Can’t Stand Losing You”, “Every Breath You Take”, and “Next To You” are radically re-imagined. Even obscurities like “Hungry For You (J’aurais Toujours Faim De Toi)’ and “Landlord” get the Hatfield treatment on the album. Overall, the album is an instant Hatfield classic and a reminder that The Police sure do have a great back catalog. Can’t wait to see what’s next in the JULIANA HATFIELD SINGS… series! 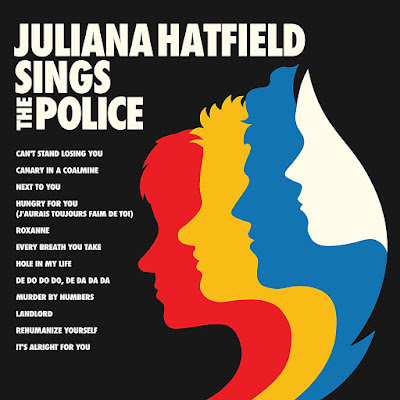