AMPED™ FEATURED ALBUM OF THE WEEK: THE MENZINGERS/HELLO EXILE

Regardless of what the Billboard charts might insinuate, Pop Punk – AKA Punk Pop – was not born in the mid- ‘90s. The roots of the genre first came to prominence in the late ‘70s thanks to bands like Ramones, Buzzcocks, The Dickies, and The Undertones. The blending of the raw power of Punk Rock and soaring, sing-a-long melodies reignited the Indie scene and made Punk more -for lack of a better term – consumer-friendly. The term ‘Pop Punk’ wasn’t widely used until bands like The Offspring, Green Day, Rancid, and Blink-182 brought the genre to the mainstream, selling millions of albums in the process. MTV and radio embraced this new movement that was as hook-filled as it was loud and aggressive. It is hard to tell whether Pop Punk was a reaction against the slick Pop and smooth R&B that filled the charts at the time or a full-on musical revolution but whatever happened, happened.


But like all great musical movements, there are the outliers, the rebels, the ne’er-do-wells, and the don’t-give-a-shits who grab a few beers, strap on their instruments, and just play with passion and emotion. The Menzingers is one of these bands. This Philadelphia-based quartet is technically a Punk band yet they could easily be considered Alt-Rock, Indie Rock, and maybe even Power Pop. While closely associated with Punk Pop, this is one band that has continued to mature as performers and songwriters.  Since their formation in 2006, they’ve written some of the genre’s most emotionally powerful songs. While massive commercial success has eluded them, they’ve quietly built up a dedicated audience and an impressive catalog. And thirteen years into their musical journey, they’ve released their career-defining album: HELLO EXILE. 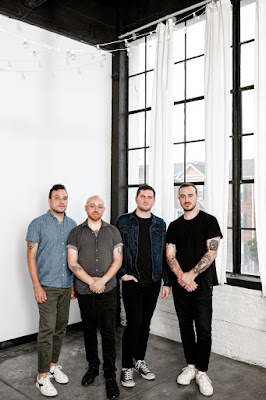 HELLO EXILE is an album that The Menzingers needed to make. Punk Pop/Pop Punk doesn’t dominate the charts like it did before, but there is still a demand for passionate music that reaches out and connects with the listeners. HELLO EXILE is all that and more. In some ways, the album touches the listener in the same way that classic Springsteen albums did… but without sounding like classic Springsteen album. Hmmm… I guess that will make sense to you once you’ve heard the album. Not nearly as sonically aggressive as their back catalog, this is an album that is powerful in many other ways. It is an album that deals with real life: getting older, addiction (alcohol), relationships, and looking back. Once you reach a certain age, you spend a lot of time dealing with these issues and it seems that four members of The Menzingers have reached that age. They may speak of their own experiences but they are ones that we all share, that we all connect with. Songs like “High School Friend,” “America (You’re Freaking Me Out),” “Strain Your Memory,” “Anna,” and “Farewell Youth” are highlights but don’t stop there. Get a copy and just push play. It is like having a conversation with an old friend.  Ah, the healing power of music! 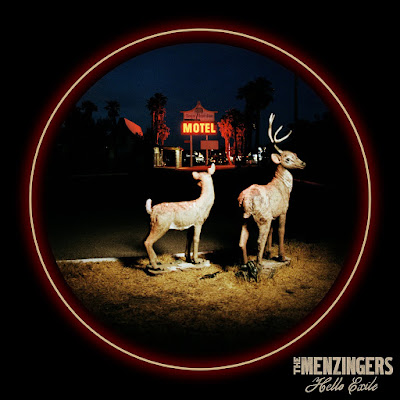