Bad Wolves is a supergroup of sorts. Vocalist Tommy Vext spent time in bands like Divine Heresy, Snot, and Westfield Massacre before the formation of Bad Wolves. Drummer John Boecklin was previously a member of DevilDriver, lead guitarist Doc Coyle once rocked with God Forbid, rhythm guitarist Chris Cain treaded the boards with both Bury Your Dead and For the Fallen Dreams, and bassist Kyle Konkiel has laid down the bottom end for In This Moment, Scar the Martyr, and Vimic. If you count their manager as an auxiliary band member, then it must be said that Five Finger Death Punch guitarist Zoltan Bathory – Bad Wolves’ manager – kicks the ‘supergroup’ claim up another notch.


The origins of the band date back to 2015 when Boecklin began writing songs that would eventually become the foundation for the band’s debut album. In mid-2017, the band began releasing tasters for their debut album and the buzz began to grow. By the time their third single was issued in January 2018, interest in the band was at an all-time high. That third single – a cover of The Cranberries’ “Zombie” – not only appealed to the devoted Heavy Metal audience, it also crossed over and was lovingly embraced by music fans who enjoyed this new spin on an Alt-Rock favorite. In May of 2018, the band released their successful debut album DISOBEY. High profile tours with Five Finger Death Punch, Nickelback, Nothing More, Breaking Benjamin, and Shinedown only helped their music reach a wider audience. 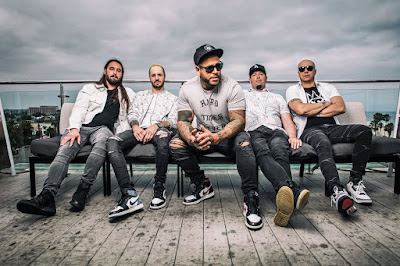 Roughly 18 months after the release of DISOBEY, Bad Wolves unleash their sophomore album N.A.T.I.O.N. upon the world. Like a thinking man’s gut punch, the album is a heavy-handed tonic for the soul.  With songs like “I’ll Be There,” “Killing Me Slowly,” “Heaven So Heartless,” “No Messiah,” and “Learn To Walk Again,” N.A.T.I.O.N. features influences ranging from Nu-Metal to Grunge to full-frontal heavy rock. Brain-shaking beats, guttural growls, and soaring melodic choruses do make perfect bedmates – especially in the hands of Bad Wolves. If you desire a shot of sweat-drenched audio adrenaline, this pack of Rock marauders will give you what you need… and more. 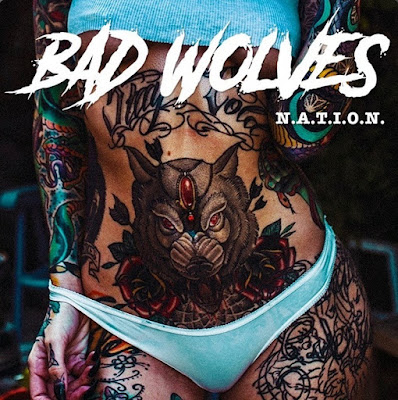