Musicians, by and large, carve their own paths. They take their influences, fuse them together, and create their own noise. Some of those musicians absorb more influences and make adjustments to their own sound along the way. While some of them might be distracted by the bright lights of YouTube viral videos and social media sycophants, we are still left with those that make music because they want/need/have to. Success might be their ultimate goal but how do you measure success anyway? Is a ‘one hit wonder’ like Starbuck more successful than artists like R. Stevie Moore or Daniel Johnston, two enormously creative artists that have built up devoted fanbases without even the slightest hint of massive commercial success? Some say that the hitmakers win out, but in all actuality, the winners are the fans who can enjoy the commercial Top 40 cheese while also enjoying those artists that inspire us to take chances, to move forward, and to be ourselves…


When it comes to inspiring music makers, singer/songwriter/band leader/producer/label owner John Dwyer stands out amongst the best. As front man and sole constant member of Oh Sees (formerly known as Thee Oh Sees, The Oh Sees, The Ohsees, OCs, etc.), Dwyer has steered the band through an exciting, eclectic musical journey that still surprises fans and critics alike. From Psyche and Garage Rock to raw Rock ‘n’ Roll, John is always in constant musical motion – acknowledging the past, embracing the present, and always moving forward. Dwyer and Oh Sees make albums that are primitive and dirty yet majestic and beautiful. In between the crunchy stabs of Rock noise, you’ll find melodic hooks, hard rocking riffs, haunting atmospheres, and a sense of joy and confidence in their process of music making. Oh Sees didn’t create this sort of mayhem but they take it to a new level. 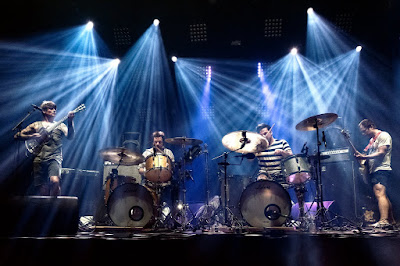 FACE STABBER is Oh Sees’ 2019 platter. If the album’s title makes you think that you’re going to be accosted by violent fits of RAWK, let me assure you that you are correct. However, there’s much more to the album than that. This isn’t just Garage and Psych – it’s also Funk, Jazz, Pop, Experimental, and so much more. Sometimes, the songs sound like the band worked on them for hours, while others sound like long jams made up on the spot and edited down to an acceptable length… kind of like CAN. “Snickersnee” is a strangely captivating blend of Pop and weirdness. “The Daily Heavy” is pretty damn close to a Pop song before it goes in different directions. “Scutum & Scorpius” really drives home the CAN comparison. “Gholu” is a big wall of Punk distortion. And the rest of the album is just as varied. And in this time of Woodstock, “Henchlock” ends the album sounding like Santana jamming on stage, high on a drug that hasn’t even been invented yet.  FACE STABBER is not for the squeamish – that’s what Top 40 radio is for. Instead, the album offers an alternative to music that makes you feel safe. Isn’t that what we sometimes need to invigorate our senses?  It ain’t no “Moonlight Feels Right”, but I’m good with that… 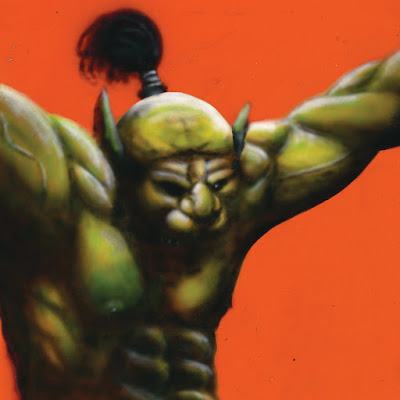