Since the early ‘60s when The Beatles kicked open the doors, there’s been a constant flow of bands making their way from the UK, Scotland and Ireland to America. Every 10 years or so, there will be chatter and hype about a ‘new British Invasion’, but music fans are well-aware that great music has been landing on these shores for decades, and there doesn’t seem to be any signs of it stopping. For every band that achieves enormous commercial success (Beatles, The Clash, Depeche Mode, Blur, Oasis), there are dozens of other bands with that are just as worthy of your attention and hard-earned dollars. One of those bands is Ireland’s very own Two Door Cinema Club.


When TDCC released their debut album, Tourist History, in 2010, music fans instantly fell in love with their Pop smarts and Post-Punk influences. This wasn’t a band playing jagged, angular and experimental music for a select few: TDCC play big, glorious Pop that instantly grabs the listener and takes them on a trip filled with soaring choruses, delectable guitar riffs and melodies that stick in your head and heart. With each subsequent album, TDCC expanded their repertoire, taking in more influences, and maturing as songwriters and master Pop songsmiths. On FALSE ALARM, the band ups the ante yet again…

FALSE ALARM is the band’s fourth full-length album and bridges the gap between extravagant ‘80s Pop and cool modern street cred. With soaring melodies, dance-inducing rhythms, and a huge slice of joy, the chaps in TDCC – Alex Trimble, Kevin Baird, and Sam Halliday – display a true love of creating music. Blending Post-Punk, Funk, Disco, Synthpop, Dance, and Indie Rock, the album is a celebration of music and a triumph for the band. “Once,” “Talk,” “Nice To See You,” and “Satellite” are just a few highlights from an album that isn’t afraid to let it’s Pop freak flag fly! 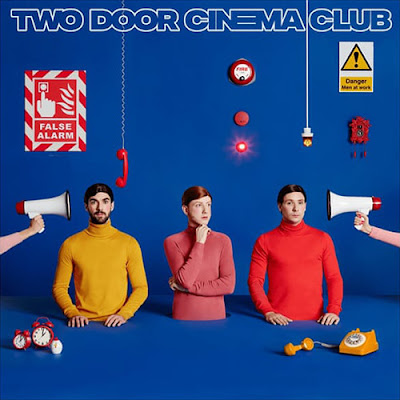