It has been four years since Americana outfit Sons Of Bill released LOVE & LOGIC but the band have not been idle. This quintet – led by brothers Sam, Abe, and James Wilson – remained on the road, promoting their own brand of heartfelt heartland rock. However, touring wasn’t the only thing that slowed them down. The boys in the band took off a little time for themselves, too. Oh, and then there’s that little accident that James Wilson had – a fall on a champagne glass severed five tendons and the median nerve in his right hand. While this is definitely not a good thing for a guitarist to experience, it also hindered his ability to drive, dress himself, and other simple tasks we all take for granted. Thankfully, you can’t keep a good man down…

While James’ hand may not be fully rehabilitated, that hasn’t stopped him from reconvening with his Sons Of Bill bandmates (Abe, Sam and bassist Seth Green and drummer Todd Wellons) to write and record a new album.  But where do you go after the critically acclaimed LOVE & LOGIC? In Sons Of Bill’s case, they went back to the same well for more inspiration but also stopped by and hydrated themselves with new ideas, new thoughts and a desire to express themselves in a new way. The band may be compared to Americana pioneers like Band Of Horses and My Morning Jacket but they have found their own path and have no intention of rocking in anyone else’s footsteps. 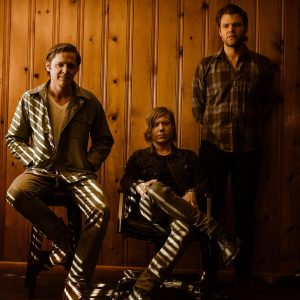 OH GOD MA’AM is the band’s fifth album and their return to active duty. For those unfamiliar with Sons Of Bill’s previous releases, the band’s shimmering sound is as much Indie Rock as it is Folk, Country or Americana. Their vocal harmonies may be influenced by classic Country and Bluegrass records but the music is something else entirely. Calling it Ethereal Rock might be a bit much… but it isn’t too far from the truth. The acoustic and electric guitars are still present and accounted for but many of the songs feature keyboards that flavor each song with atmospheric beauty. From the gentle, Gospel like opener, “Sweeter, Sadder, Farther Away” to full-bodied gems like “Good Mourning (They Can’t Break You Now),” “Firebird ’85,” “Where We Stand,” and “Easier” (with Molly Parden), OH GOD MA’AM is laced with a lush beauty that reaches deep down inside the listener and stirs up emotions that were once lost amongst the shadows. A lovely album, indeed. 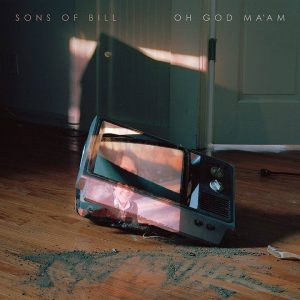