LET’S DO THIS:
Todd Rundgren talks about WHITE KNIGHT
Todd Rundgren needs no introduction. His ‘legendary’/‘iconic’ status is  well-deserved. End of story.
WHITE KNIGHT, Todd’s 2017 release,  finds Rundgren continuing to move forward, but this time he’s brought a few of  his musical friends with him. While technically an album of collaborations, WHITE  KNIGHT is most certainly not a ‘duets’ album… in the traditional sense,  anyway. Every guest on the album – including Daryl Hall, Robyn, Donald Fagen (Steely Dan), Joe Walsh,  Trent Reznor, Joe Satriani, Moe Berg (The
Pursuit Of Happiness), John Boutte and  others – brings their own personality to the party, making each track feel  different from the last. While Rundgren may be the name on the album cover, he  allows every collaborator to make their presence known. Totally modern and  relevant, WHITE KNIGHT still features Todd’s distinct musical thumbprint  and is a pleasure from start to finish.
Stephen SPAZ Schnee was able to track Todd  down while on tour and have a chat about WHITE KNIGHT and the magic behind  it… 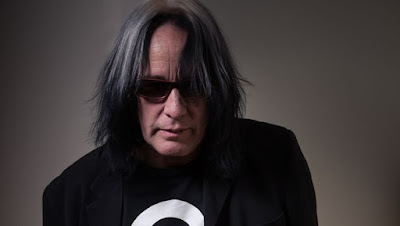 STEPHEN SPAZ SCHNEE: How are you feeling about the journey to make WHITE  KNIGHT and the reaction to it so far?
TODD RUNDGREN: Well, it’s been a little bit different because my records, ever since I moved to Kauai, have been solo affairs because it’s so  difficult to get people to just show up for a session. I made a conscious decision in creating this record that it would be collaborative. Since file  sharing services have become pretty universal, it’s a lot easier than it might have been even 10 years ago. That was the first thing that made it different. But I became dependent on other artist’s schedules. It became a real scramble sometimes to get some people to realize that I had deadlines and deliver for me. I think it was a worthwhile concept gauging the reaction the record is getting. Usually, my records come out and there will be some curiosity about them but not the same in-depth interest because of the fact that I’ve got other artists involved.
SPAZ: The album continues the Todd Rundgren tradition of always moving forward. Do you find it liberating to ignore the rules in a business that is so often defined by them?
TODD: I’ve had an advantage that most artists haven’t had in that I was a successful producer. That became a second career and also my principle source of income. Through most of my recording career, I haven’t had to make
the same considerations that a lot of artists have because they survive on their own output. I was doing pretty well producing other people’s records and that was liberating in terms of making my own – I didn’t have to worry about
whether they would sell or not. My relationship with the labels in that regard was always a little hot and cold. If I was producing something that was successful in the album market, everyone was happy with me. If I did one of my
own crazy records with no consideration in how successful it would be, there would be great consternation as well.
SPAZ: WHITE KNIGHT has a great flow but it’s also a potpourri of styles. Did you have a vision for the album or did it evolve organically?
TODD: I think that it was organic. I had a list of maybe two dozen artists that I wanted to collaborate with. Some were open to it, but nothing came of it. Actually, we started the process but we didn’t complete in time to make this record, so there may be more collaborations to come. The genre-hopping is the result of the broad spectrum of artistic styles my collaborators represent. I didn’t necessarily have them submit to some kind of concept that I had. Once somebody did commit, I would try to create something that would highlight what they did. I never intended to do a duets album where we’d be stepping all over each other! I wanted them to be highlighted if they were going to go through the trouble of giving something for the record. I got inspiration from other artists. I got whole tracks from Trent Reznor, Joe Satriani, Joe Walsh and Moe Berg. They did the bed recording and I would write a song on top of it. Which is kind of the process the other way around with the other artists. With Robyn, I wrote a song that I imagined would work for her. I recorded the basics of it and gave it to her to sing. The one I did with Donald Fagen was the only instance when me and the other artist were in the same room at the same time. That collaboration came about through a social occasion. He was on the island and we went out to dinner together and I just popped the question. I told him that I had an orphan track that I was probably going to leave off the record unless he wanted to listen to it and come up with an idea. He started sending me titles. Then we had a couple of face to face sessions that didn’t last more than an hour each, he recorded his vocals and we had it done. That was the only one that went the way that you’d imagine a collaboration would go.

SPAZ: You are one of the few artists that can wring emotion out of modern technology. Do you find that your musical ideas are inspired by the changes in technology or do you manipulate technology to fit your ideas?

TODD: I got into the sound sculpting aspect of it. I record in a way that a lot of people would consider backwards and it came from having my own studio early on. When I had to record in other studios, I couldn’t afford to go in with fragmentary ideas and waste a lot of time trying to figure out what the end product is supposed to be, because the meter is running. It can get pretty expensive. So, after SOMETHING/ANYTHING?, I decided I would build my own studio and that would give me all the time that I needed to push the envelope in a sonic sense. Ever since then, I’ve always had my own studio. I build the tracks essentially before I ever write the song. The tracks suggest to me where the songs should go. I may have a place holder lyric or an idea of what the subject matter might be but very rarely have I written out the whole song – like I did in my early days –  and learnt how to play it, then go into a studio and perform it in the traditional sense. I write the words and melodies at the very last minute. I think that may help with that emotional aspect of it. 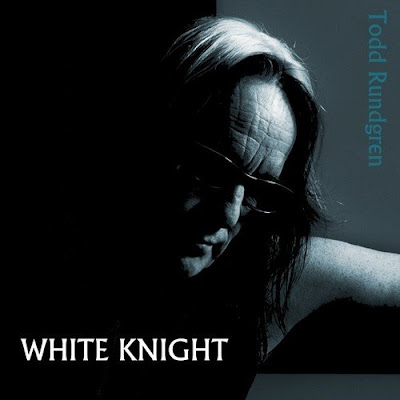